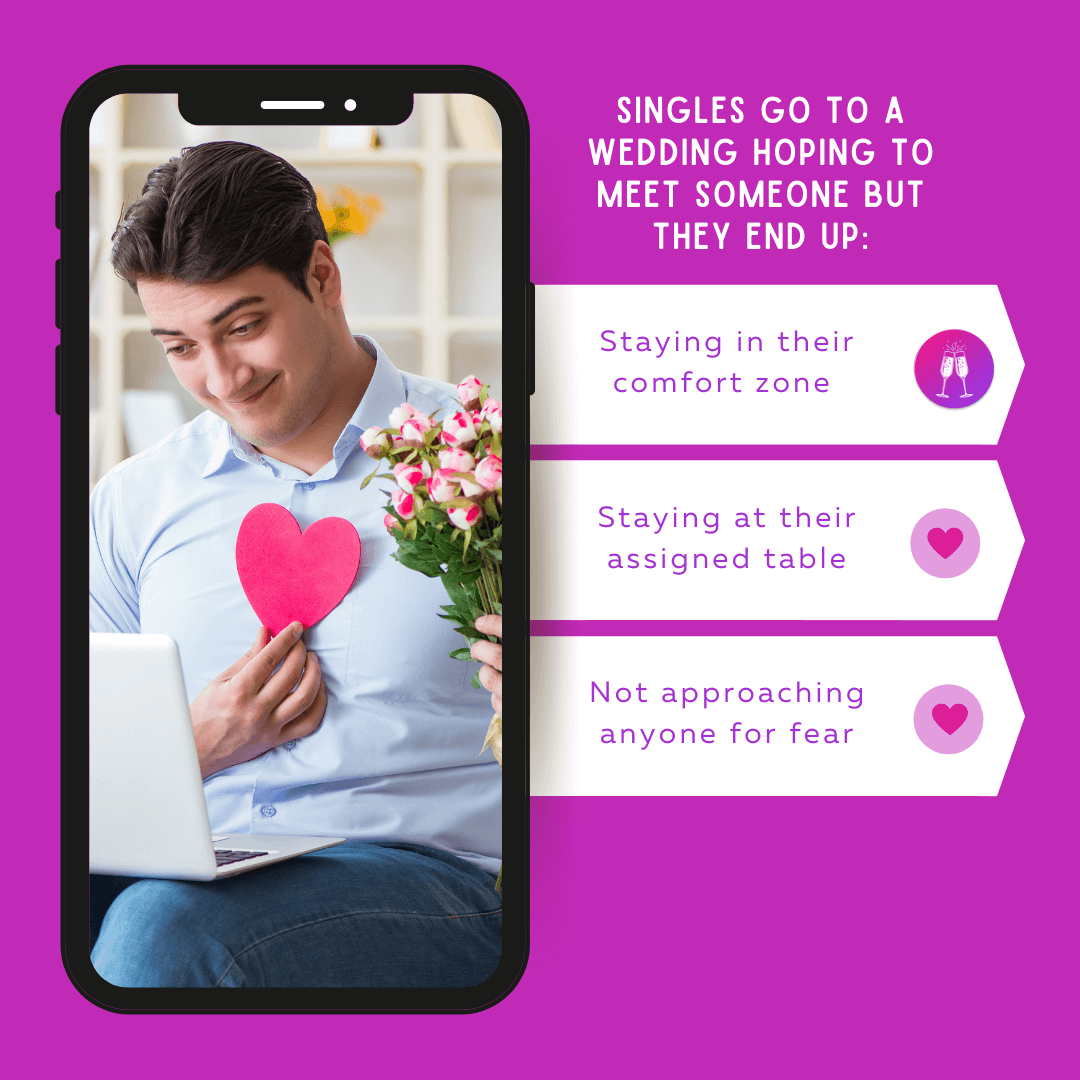 When you're single and attending a wedding, don't you wish you could save a dance with your crush? A lot of times singles go to weddings hoping to meet someone but they end up:

Our app provides everything you need to connect singles at a wedding.

Register for a wedding

Use the code that the wedding couple shared with you to register as a guest for their wedding.

View all your matches in one place.

View the profiles of other singles attending the same wedding.

Get notified when you get a match or when new singles register for the same wedding.

Send your crush a like. Don't worry, they won't be notified unless it's a match.

If you're a wedding couple you can easily set up your wedding and create a unique code that your guests will use to sign up. 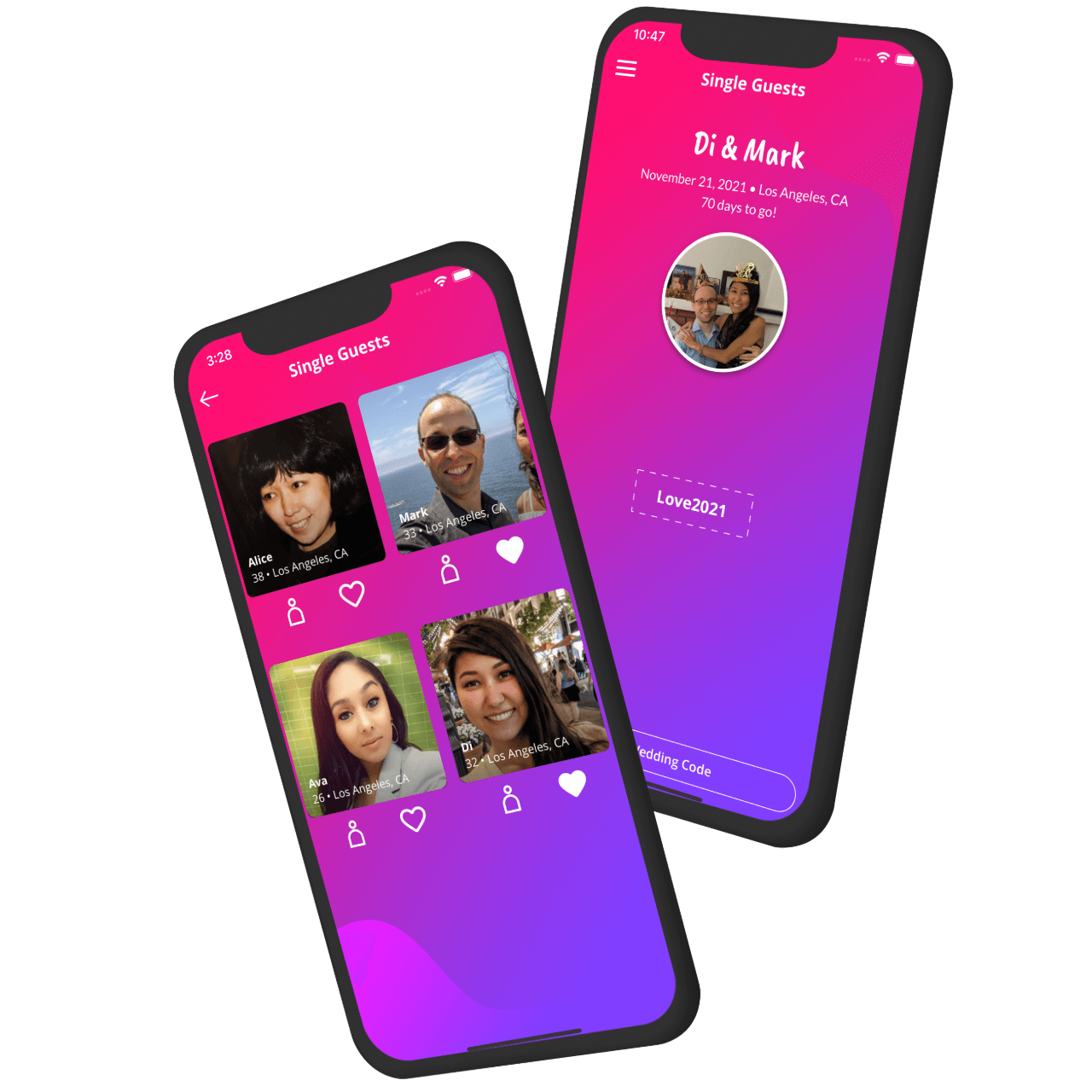 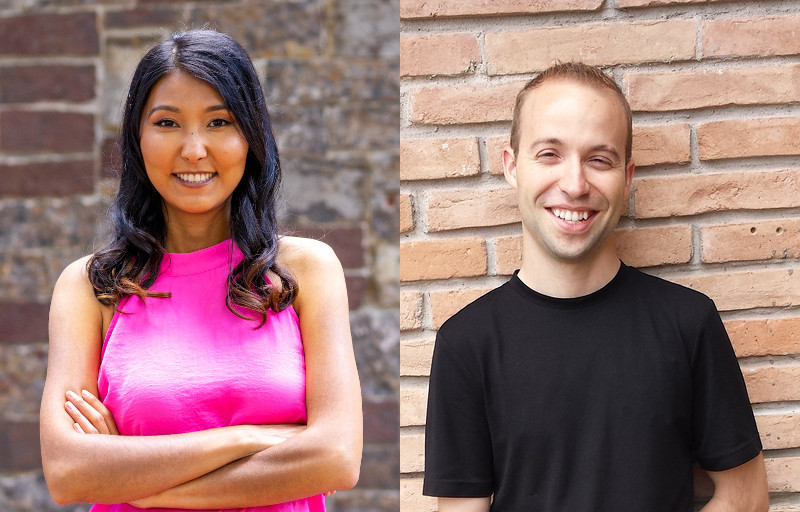 Dinara was born in Almaty, Kazakhstan. At the age of 17, she traveled 7,000 miles to Knoxville, TN, to pursue a degree in journalism. After a 2 year stint at a television station, she had a chance to work on the set of an indie feature "Prison Break". The making of a movie inspired her to make her own short film where she wore many hats as a writer, director, editor, location manager, craft service manager. She moved to Hollywood to study filmmaking and upon graduation started assisting and editing on television shows such as "The Orville" created by Seth MacFarlane, "American Vandal", "Queen of the South", "Tell Me Your Secrets", "The Chi" created by Lena Waithe and "Ordinary Joe".

Single Guests is Dinara's passion project as she cares deeply about helping people find happiness and solving problems. She thought of the idea one day while having dinner with her husband, Mark. Mark is a Senior Mobile Engineer that is passionate about UX. He built the Single Guests platform.

We'd love to hear from you! Drop us a line below and we'll get back to you.